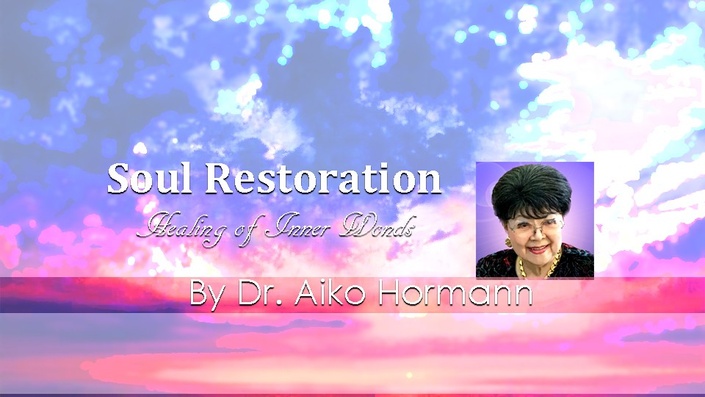 
The purpose of this course is to help you realize the fullness of the potential God has put within you to conform to the IMAGE OF CHRIST (Rom: 8:29). It requires the renewing of your mind with the Word of God, healing of your inner wounds, eliminating certain habitual thought and reaction patterns, and establishing new patterns that are in harmony with the Word of God.

The Kingdom of God is the GOVERNMENT OF GOD which operates under His laws, rules and precepts (a command or principle intended as a general rule of action or conduct). Deviation from God's laws and principles will produce disharmony within ourselves, our relationship with others, and with our environment.

Each of the six sessions contains 50 minute teachings. Dr. Aiko teaches about the importance of healing of our souls in order to have victorious lives on earth. This Soul Restoration Teaching Series was professionally recorded by Day Star TV. 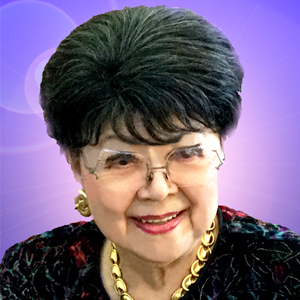 Aiko Hormann
Dr. Aiko Hormann came to the United States in 1951 from Japan under the Foreign Student Exchange Program. She earned her degree in mathematics at the University of Missouri, and became a Research Scientist, specializing in Artificial Intelligence and the Human Brain.

In the 1960’s, Aiko’s scientific research work was recognized through journal publications, NATO conference participation, and a press conference sponsored by the Office of Naval Research. Her biographic data has appeared in several Who’s Who publications.

Aiko accepted Jesus Christ in 1968 as Savior, and surrendered her life to His lordship. Aiko and her husband, Jerry Hormann, ministered together beginning in 1972, under the guidance of Pastor John Smith at Faith Tabernacle, in Los Angeles, California. Jerry passed on in 1982 and Aiko has continued in full-time ministry ever since.

God uses her ministry in a unique way, by combining her many years of experience in scientific research in the areas of artificial intelligence and the brain’s function, with 40 years of Scriptural research. God showed her how to integrate it all in order to serve His purposes for healing and deliverance.

In 1982, after Jerry passed into the presence of his Lord, Aiko was directed by the Spirit to start training healing ministers. The Lord has been confirming His Word to her with signs following her ministry. Her students are experiencing the same exciting realities of God’s work as they apply the same principles.

Aiko has appeared on Trinity Broadcasting Network (TBN) nationwide, Daystar Television Network (including the Joni Lamb show), Scandinavian TV in Oslo, as well as on local TV in California, Florida, Hawaii, and Texas. She has also been interviewed by Pat Robertson on The 700 Club, and by Willard Thiessen on the popular Canadian TV program, It’s a New Day.